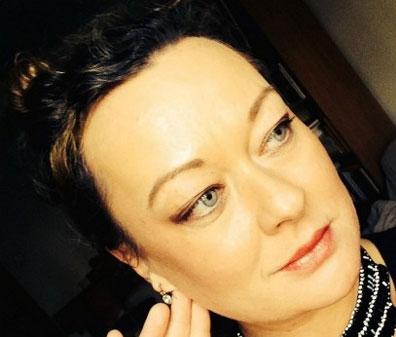 Monica Melcova received her first musical education at the age of five. After her studies at the Conservatoire in Košice, she went on to study at the University for Music and Performing Arts in Vienna with Michael Radulescu. In 1999, she graduated with the highest distinction and the prize of honour by the Austrian Ministry of Culture and Education.

In the same year, she was accepted to the Conservatoire National Supérieur in Paris for postgradual courses “cycle de perfectionnement“ with Olivier Latry and Michel Bouvard.

At the same time, she studied improvisation with Loic Mallié, which was made possible by the support of the Fondation de France – La Bourse Nadia et Lily Boulanger and the Mécénat Musical Société Générale.

From 2006 to 2011, she taught at the Gaston Litaize Conservatoire and was also the titular organist at Saint Martin de Champs from 2003 to 2011. Since September 2008, she started teaching improvisation at the Music Academy MUSIKENE in San Sebastian www.musikene.net

She has a great interest in improvisation in its connection with the teaching. She deals with improvisation within the master classes she gives in Europe and Japan as well in many radio programmes.

In 2012, among other important personalities in organ music, she has been invited to be a member of jury at one of the most prestigious organ competition Concours international de l´orgue – GRAND PRIX DE CHARTRES.

From 2016 she also teaching in Centro Superior Katarina Gurska in Madrid for master in improvisation.