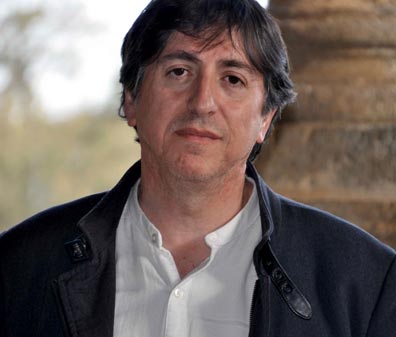 Roberto Fresco is the Titular Organist at the Santa María la Real de la Almudena Cathedral in Madrid and the professor of organ at the Centro Superior de Enseñanza Musical Katarina Gurska, also in Madrid.

Born in Astorga, he started his education in music there and would continue this academic training at the Real Conservatoro Superior de Música de Madrid. He studied at Hochschule für Musik und Darstellende Kunst in Wien with Michael Radulescu, to whom he owes many features of his musical thinking. However, it has been Montserrat Torrent the one to influence him most, not only over his performance, but also on questions directly linked to teaching, especially Spanish music.

He is the founder and director of the Academia de Órgano “Fray Joseph de Echevarria” yearly held at the historic organs of Tierra de Campos, its aim being the promotion of the old Spanish organs and all the literature that has been written for them. Also since 2014, is the organ chair of the International University Course of Spanish Music “Música en Compostela”.