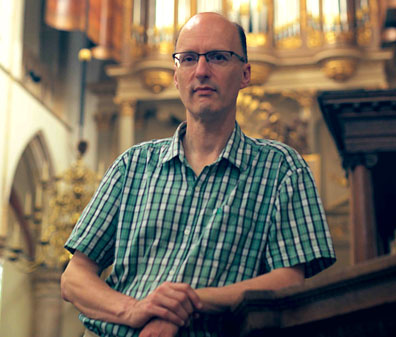 Pieter van Dijk (1958) is City Organist, and organist of the Grote Sint Laurenskerk, in Alkmaar, The Netherlands, where he acts as custodian to two of the world’s most significant historic organs. As one of Europe’s most sought-after teachers, Van Dijk is Professor and Head of Organ Studies at the Conservatory of Amsterdam, a position he combines with a Professorship at the Hochschule für Musik und Theater in Hamburg. Together with Frank van Wijk, he is Artistic Director of Organ Festival Holland, which places the renowned Alkmaar instruments at the centre of a prestigious international organ competition, organ academy and concert series.

Pieter van Dijk was a pupil of Bert Matter at the Arnhem Conservatory, before going on to further his studies with Gustav Leonhardt, Marie-Claire Alain and Jan Raas. As a performer he was awarded prizes at international competitions in Deventer (1979) and Innsbruck (1986). His many recordings on historic organs throughout the Netherlands and beyond have included the Fugue State Films DVD ‘The Organs of the Laurenskerk’, which in 2013 was awarded the Preis der Deutsche Schallplattenkritik. In 2017 he commenced the recording of a complete Bach-cycle for DMP Records.

Van Dijk’s research interests have led to the publication of articles about Weckmann, Sweelinck, Bach and the playing style of the great early 20th century German organist Karl Straube. He was one of the advisors behind the much-lauded reconstruction of the organ at the St Katharinenkirche in Hamburg, on which Bach famously performed in 1720.

As a performer and jury member at international competitions, Pieter van Dijk has appeared throughout Europe as well as in the USA and Japan.