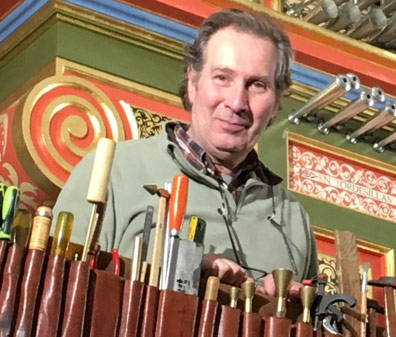 He lives in Tordesillas (Valladolid) since 1985, where he founded the organ building workshop he directs up to the day.

The workshop has carried out a large number of works, as much of restoration as new instruments.

Historical research on the instruments that are restored, their origins and the techniques that made them possible is a basic in the activity of the workshop.
Due to this approach, the study of documents and publications as well as visits to instruments in the most varied regions are a usual task.

The conviction that each repertoire demands an instrument strongly in tune with the aesthetics of the instruments for which it was composed encouraged the workshop to develop a project that could favour the study of the Spanish organ repertoire abroad by constructing new instruments in this style.

At the present time, the workshop consists stably of seven highly qualified people.